As some of you may know, my family loves hockey. I was fortunate enough to have a dad who purchased a couple of front row seats to Game 5 of the Canucks/Nashville series. It was my first NHL in 5 year, so it was a blast sitting in such amazing seats. 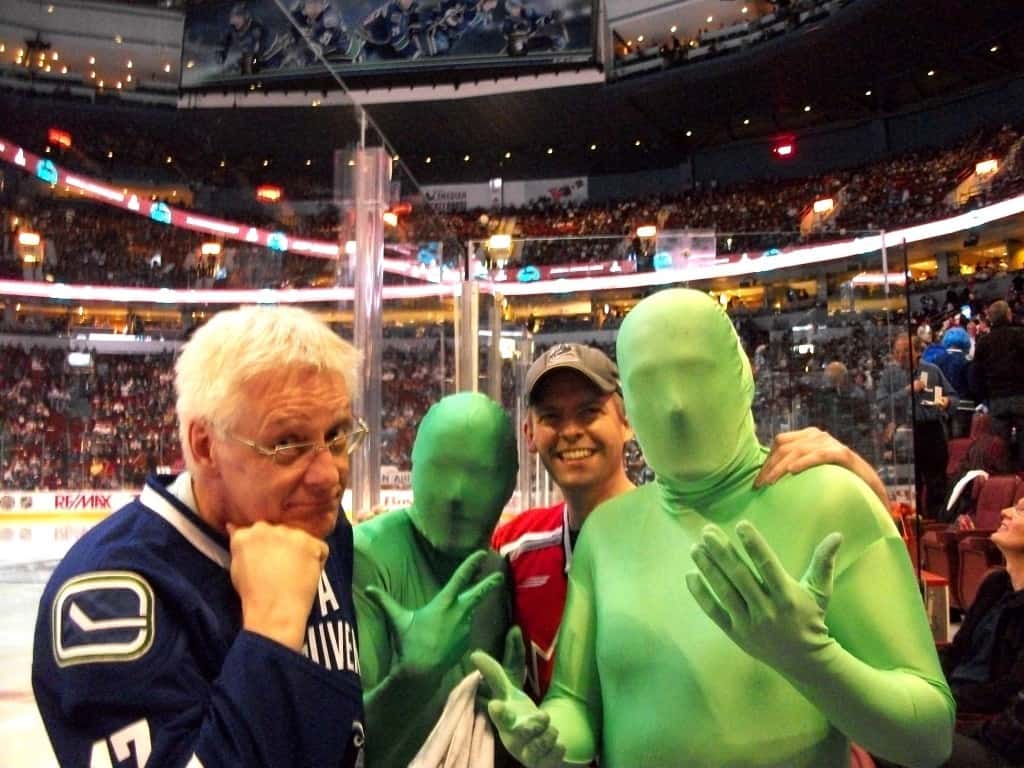 The fact that we sat 5 seats away from the Green Men, Force & Sully was also excellent. I was surprised how quiet they were during the play. You would expect them being complete morons the entire game if you were to listen to Glen Healy, but they couldn’t be better fans.

It seemed that the fans were not only supportive but protective of the crew.

Since my son knows who the Green Men are, we got a photo with one holding the Luongo jersey we got him as a souvenir. 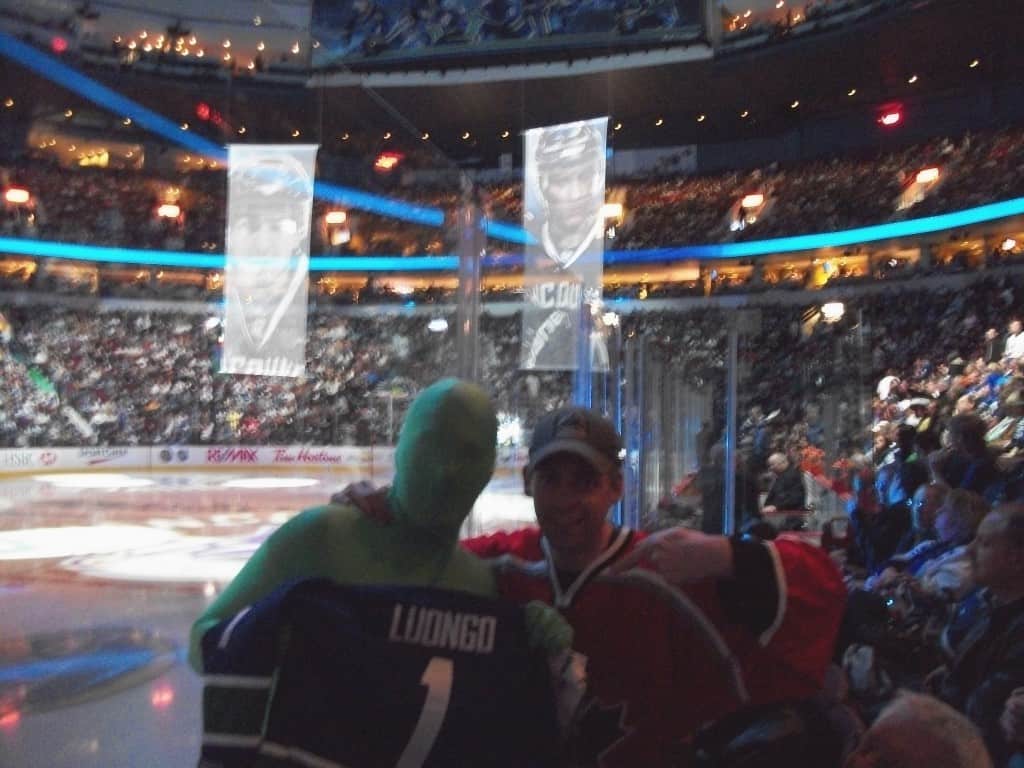 The photo was a little dark, but that’s what you get when neither of us show up with a camera and ask a fellow to take one with his. Lucky for us, he sent an email with both photos we took.

If you watched the game, you will recognize my father’s Green Men homage to their rendition of Rodin’s The Thinker. I believe they chose this during the Legwand penalty to show how serious they took the NHL’s warning to tone it down and not touch the glass.