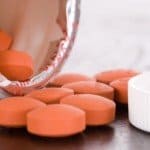 One of the best things about being a chiropractor is the chance to express an conservative viewpoint and educated concern about prescription and over the counter medications. As our population continues to get bombarded with billion dollar ad campaigns for drugs we are told to ask our doctor about, it is a definite uphill battle to be the voice of reason.

It is my opinion that some medications can actually be beneficial at times, and should certainly be taken on a case by case basis. However, I have a tendency to measure someone’s health on how many medications they are NOT on. This is a far different outlook then the idea that medications are needed to live and function normally.

One of my biggest concerns is always the longer term side effects of drugs on the body, and the behind the scenes dealing as has happened with the drug Vioxx, that recently settled with plaintiffs for over 4 billion dollars, due to the chance of a heart attack was double due to use.

One of the most commonly asked questions as a chiropractor typically involves the use of non-steroidal anti-inflammatory drugs(NSAIDs), such as ibuprofen. It is not unusual to find people popping these like candy, as most users do not know NSAIDs short and long term side effects. Here is some information that was compiled in 2005, and covers some of these very concerns, and shows the purpose for a chiropractor and other health practitioners advising patients to be cautious when taking these easy to get medications.

“With prescription drugs Vioxx and Bextra already pulled from the market, a study has raised disturbing questions about the heart safety of over-the-counter pain relievers such as Advil, Motrin and Aleve.”

Those taking the “drugs for at least 6 months had twice the risk of dying of a heart attack, stroke or other heart-related problem.”

The study was released at an American Association for Cancer Research conference in Anaheim.

“The findings add to the suspicion that the heart risk extends beyond the so-called COX-2 drugs – Bextra, Vioxx and Celebrex – to the larger family of medications known as non-steroidal anti-inflammatory drugs, or NSAIDs, which include naproxen, ibuprofen and virtually all other over-the-counter pain relievers.”

“’To the best of our knowledge, these are the first data to support putting a [black] box warning on NSAIDs, not just COX-2s’ said Dr. Andrew Dannenberg, a Cornell University scientist who helped do the study.”

“The NSAID users were dying at twice the rate of the others from heart related problems.”

“Risk was highest among ibuprofen users who were nearly three times more likely to die of cardiovascular disease than non NSAID users.”

When these findings are taken into consideration, short term, temporary inflammation(an initial and normal first response to injury) sounds like a much better option than long term heart damage.

“The latest study, out today in the Journal of the National Cancer Institute, is the first to suggest that long-term ibuprofen or aspirin use might actually raise the risk of breast cancer.”

“Marshall’s (Dr. Sarah Marshall from USC) study analyzed data on 114,460 women in the ongoing California Teachers Study. The women were 22 to 85 years old and free of breast cancer when they enrolled in the study a decade ago.”

“When the scientists broke their findings down by pain reliever or type of breast cancer, they found:

I was not aware of any of the findings that connected ibuprofen and aspirin to cancer and heart damage. For as much positive education awareness to eliminate heart disease and breast cancer for women, you would hope that these warnings would be found on the front pages for prevention.

Suggesting that a patient reconsider taking a medication, or attempt to eliminate a medication, should just be the responsibility of a chiropractor. With findings like this, all health professionals should be doing their best to educate the public on the long term risk of using regularly consumed medications.

It goes to show that chiropractors are not drug contrarians just for the sake of it, even with the most commonly used ones. Maybe it’s time to ask your doctor which medications you DON’T need, not which ones you do.